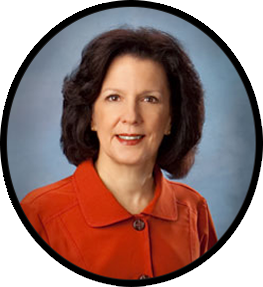 Let me introduce myself.
My name is Connie Giordano.

I am an Evangelist and a Bible Teacher.

Please allow me to tell you a little about myself.

In May of 1975, I graduated with honors from with a Bachelor of Science Degree in Secondary Education with English as my major. I pursued but stopped just six credits short of my Master’s Degree.

Immediately following graduation, I began my teaching career in September of 1975 at . I remained there for four years until God interrupted my plans with His.

It was in the year of 1978, in the middle of my teaching career, when I was Born Again.

Shortly after being saved, I met my husband Carl. We were married in March of 1979, and five months following, God called us to leave ,  – leaving family and a teaching career behind – to move to , to attend Christ For The Nations Bible Institute.

Several years later, he and I joined Carl in a most rewarding and exciting time, preaching on the streets of , where we evangelized through open-air preaching, passing out tracts, and wearing Gospel sandwich-board signs. This ministry continued onward through the most extreme weather conditions for the next fourteen years with glorious testimonies of God’s working to back it up.

It was in the year of 1988, seven years after our graduation from Bible School, when we were ordained as ministers of the Gospel with the Full Gospel Fellowship of Churches and Ministers International which is affiliated with Christ For The Nations and was founded by Gordon Lindsay.

It was in the year of 1993 when our lives were suddenly interrupted with the tragic death of our son Matthew. He was born stillborn. Nonetheless, we grieve not for we share a Blessed Hope that, someday soon, we will all be reunited with him in Glory.

After John’s graduation from twelve years of Home Schooling, I sought God fervently for His direction for my life. It was at this time when the Lord spoke to me by saying – “I am calling you to teach My people the Word over the Internet.” He also specifically added – “I will use your messages to stir up the Pastors across the world.”

In the year 2000, I began to send messages out to a small group of people (25 in number) called the Vine. After a year’s time, I felt led of the Lord to expand my borders and reach out to more and more people. My mailing list grew to the thousands. It was in 2002, that I had the website – www.walkingintruth.org – constructed. The Full Gospel Fellowship of Churches and Ministers out of Christ For The Nations was no longer in existence. It was at this time that I became re-instated as an ordained minister into the present-day Fellowship of Churches and Ministers under Christ For The Nations. On June 16, 2005, Walking In Truth Ministry became a corporation with tax-exemption status. Today, I send my messages out to a mailing list consisting of thousands of people, and it is growing daily. I also post my messages on over 40 networks – Christian and non-Christian alike – where it is exposed to tens of thousands of viewers.

For the last seven years, I have sent out my Daily Messages which have proven – time and time again – to be life-changing to countless thousands, simply because of their content – the Word of God.

God has confirmed over and over again that His Word and His Word alone is able to save, heal, deliver, bring Victory, and change the lives of all those who will take the time to read and study it.

If we will simply do our part, He will certainly do His. He is a Faithful God!

My heart’s cry at this hour is that every Christian home across this vast globe will experience a Bible Revival!
I pray that we will all love and cherish the Word of God, and, in turn, unashamedly preach it to every creature so that none would perish but all be saved!

TO GOD BE THE GLORY!
GREAT THINGS HE HAS DONE!